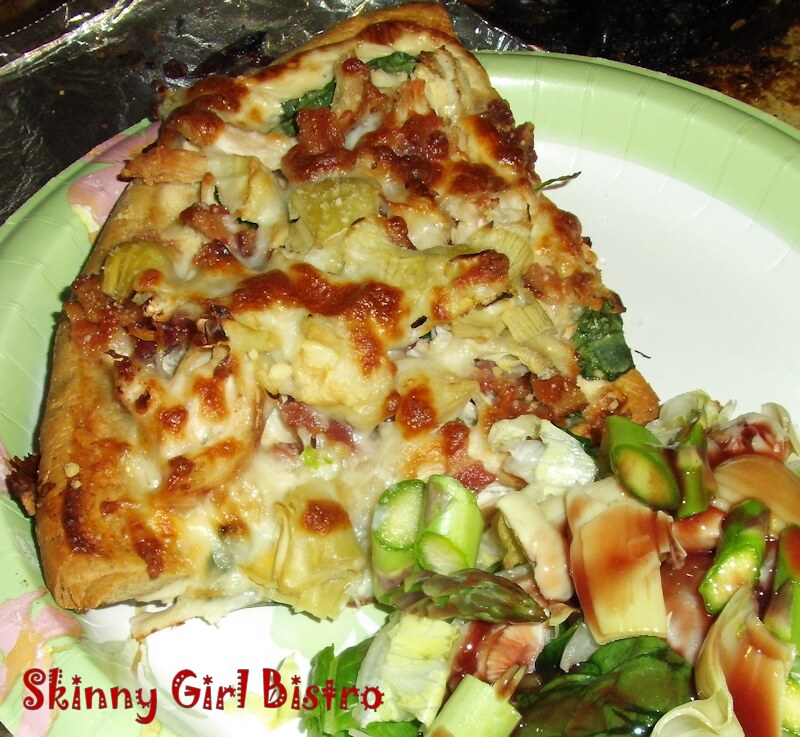 All during the Olympics, I kept seeing an advertisement for a take and bake pizza with chicken, bacon, and artichoke hearts.  Man, did my taste buds scream for a piece of that.  Instead of giving in to the urge to buy a high carb pizza, I made a low carb one instead.  In fact, I made it two ways that are very similar, but both are filled with more meat and vegetables than the take and bake version.  Here’s how I made mine.

For the crust, I used LC Foods low carb pizza crust that you can purchase pre-made or buy the pizza flour mix and make your own.  You can also use a cauliflower pizza crust, a chicken pizza crust, or this flax meal flat bread crust.  I wouldn’t recommend the chicken crust since you’re putting chicken on top, but it would still work.

Pre-cook the crust as described in the previous links so it is partially cooked.

Put pizza crust on a pizza stone or pan, then spread with the Alfredo sauce, taking it as close to the edge as possible. Put the zucchini slices on top of the sauce, placing them evenly around the pizza. Distribute the chicken next, then the artichoke hearts, followed by the asparagus pieces. Sprinkle the crushed red peppers on, if you wish, then cover the top with mozzarella cheese. Sprinkle on a little Parmesan cheese now or add it after the pizza comes out of the oven.

Bake for about 20 minutes until the cheese is melted and lightly browned. I kind of like my cheese a little more crusty, so I cook it a little longer. Let cool for 5 minutes for the cheese to firm up, then cut and serve.

Variation on the basic pizza:

Make the same way as above, but replace the zucchini layer with spinach leaves.

Depending on the type of crust you use, the carb count will vary from about 1 net carb to 3 net carbs additional. The LC Foods pizza crust is 3 net carbs.

Want to go vegetarian? Leave off the bacon and the chicken and add more zucchini and asparagus or spinach to the pizza, along with a cup of the artichoke hearts. 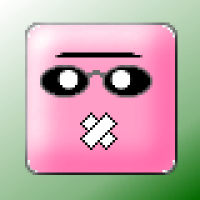