Another of my challenges while using up fruits and vegetables left behind by my friends is doing something with the apples that are gradually wrinkling other than cutting them into faces and letting them wither into little old apple heads.  Did you ever make those when you were a kid?

Well, I had something a little more tasty in mind although strictly speaking, apples aren’t on the Atkins plan for phase I or phase II, but I believe they are ok for phase III and phase IV.  For me, with my very low carb burner, they are an “eat sparingly” item and I do love apples.   So I decided to peel these and chop them up with the thought of making apple compote in mind.  Mid-way through, I started thinking about apple fritters.  So, an apple fitter recipe came into being.  This isn’t your standard recipe because using low carb flours can be tricky.  In order to get something that would hold together while I was frying it and not absorb too much of the oil, I decided to partially bake the dough first, then cut it into squares and turn them into apple fritter bites that are then fried in a little oil.

These have all the flavors of apples and cinnamon without a doughy taste, but it does take a bit of will power to limit your serving to only two or three of the bites. 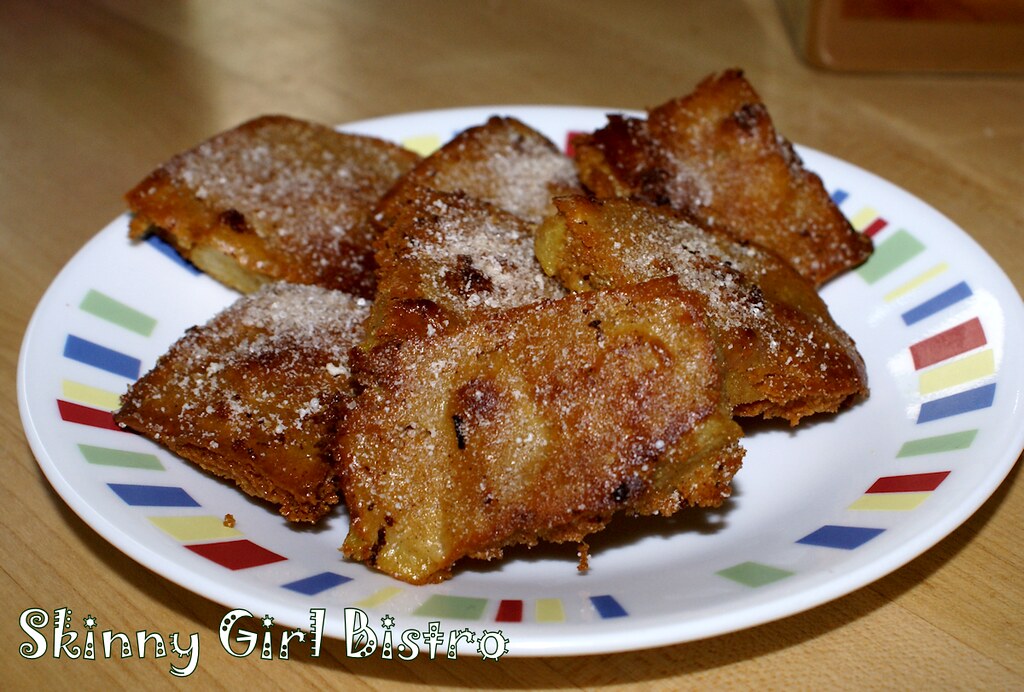 A delicious treat with all the flavor of an apple fritter and very few of the carbs.

*  I haven’t tried Almond Flour in this, but it is more delicate and more likely to crumble.  I would mix it with 1/2 cup almond flour and 1/4 cup coconut flour and add another egg to get it to hold together better.

Mix the dry ingredients in a medium bowl. Mix the egg, almond milk, oil, vanilla and seasonings together in a smaller bowl. Make a well in the flour mixture and pour the wet ingredients into it. Mix until the liquid is all mixed in, then add the apples and stir to distribute them through the batter.

Spread the batter onto the baking pan and distribute it evenly. Bake for about 20 minutes until the dough is mostly dried, but it isn’t browned. Remove from the oven and let cool completely, about 30 minutes.  Should you decide not to fry these, then bake them a little longer until they are lightly browned.

Cut the baked future fritters  into 24 pieces – 6 cuts across long side and 4  from the short side down, which are easier to cut if you don’t try to go the entire length with one cut.   Carefully remove each bite-sized piece with a narrow spatula, trying not to break them.

Heat the oil in a small pan or skillet until it is hot enough to cause a small piece of dough to sizzle. Turn the oil down to medium heat. Fry the bites about 3 or 4 at a time until they are golden brown. Use a spoon to pour the hot oil over the top or roll the bite over to brown the top. If it browns too quickly, turn the heat down. If it takes more than a couple of minutes, turn the heat up a little. Remove the cooked bites with a slotted spoon and place on a paper towel to drain. Cook the next batch and repeat until they are all done.

Sprinkle the tops of the bites with the cinnamon sugar while they are still warm.