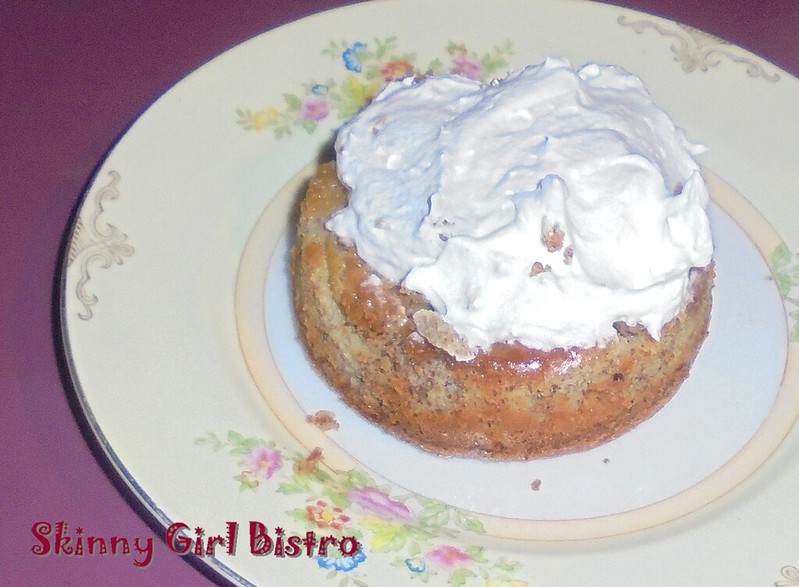 Back in 2014, I copied down a recipe for a Viking apple cake that was called Mandel Eplekake, which is apparently Norse for it. I filed it away and hadn’t tried it. Last night, I had half an apple left over that needed to be used, so I adjusted the recipe down to make two mini-cakes and made it low carb. The recipe called for almond flour so I used that although mine is the coarse raw almond flour with the skins ground into it, so it has a darker, more whole wheat type appearance, but tastes very good. I also added sugar-free honey, cinnamon, and cloves to the recipe.

Now, the Vikings probably didn’t have cinnamon and clove, but I am pretty sure they used honey. No matter, I put them in to enhance the flavor of the apples. The result is a delicious little cake with slices of apple and a light seasoning that is not too sweet. I added a heaping tablespoon of whipped topping and served it warm. You could top it with more of the sugar-free honey or just a little heavy cream. It’s simple to make and makes a satisfying quick dessert. I suspect it would work equally well with pears and peaches.

Give it a try and let me know how you like it. It would be a nice capper after dinner for your sweetie.  I would love to get the feedback on it.

Preheat oven to 350 degrees (F.) prepare two 1/2-cup ramekins or custard dishes by greasing them with butter. Alternately, and to remove from the cup easier, put a piece of parchment paper cut to fit the bottom in each of the cups, then butter or spray with cooking spray.

Put apple slices and 2 tablespoons of sugar substitute (liquid or granulated) in a small pan with enough water to cover them. Bring to a boil and cook about 5 minutes. Drain. You can also do this step in the microwave by covering the slices with water in a microwavable bowl and cooking for 3 minutes.

In a small bowl, add the egg and the remaining two tablespoons of granulated sugar substitute. Whisk until they are well mixed and frothy. Add the honey and whisk again. Add the almond flour and stir it into the egg mix.

Put the apple slices on the bottoms of the cups, dividing them evenly. Sprinkle half the cinnamon and cloves over each one of the ramekins. Stir the batter again and use a tablespoon to scoop the mixture into each cup so that they are even.

Put the ramekins on a baking tray and bake for 25 minutes or until the edges are lightly browned. 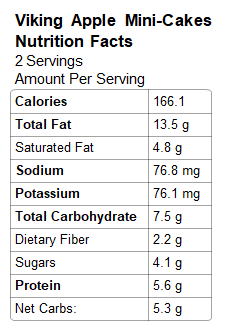